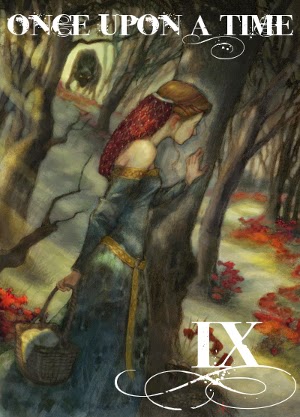 For years I was convinced I had read this story and did not like it one bit. As it turns out, the story I had been thinking of was The Happy Prince by Oscar Wilde, which I do find unpardonably boring. The moment I realized The Little Prince by Antoine de Saint-Exupéry is a novella, described by many as a children’s fantasy that serves as an adult’s spiritual fable, I wanted to pick it up. This was about a year ago. I read it today as the first book for my favourite not-challenge, Once Upon a Time, an annual event in its ninth year, hosted by Carl at Stainless Steel Droppings.

Summary: The Little Prince by Antoine de Saint-Exupéry is the story of a little boy who leaves the safety of his own tiny planet to travel the universe, learning the vagaries of adult behaviour through a series of extraordinary encounters. His personal odyssey culminates in a voyage to Earth where he meets our narrator, a pilot crash-landed in the middle of an endless dessert.

My thoughts: The Goodreads reviews of this book all seem to have one word in common, “metaphor.” I hate to be redundant and talk about what a wonderful allegory The Little Prince presents. Most of you have probably read this book and already know all about it. And every new reader of the book will eventually end up on the author’s life story, to make sense of the allusions and connect the metaphorical autobiographical dots.  I would recommend you this book mostly because almost everyone who reads it finds in it something to love. It is precious, and honestly, a chunk of its charm lies in its slim size. It demands little of your time, give it that. The thing that I truly like about this book is its sincere duality, of both intention and style.
My fascination with children’s books fascinates me. I assume that the fact that children’s books can be enjoyed by adults is uncontested. According to this article in The Guardian,
“One explanation may be the way in which they (children’s books) are read. They become part of our emotional autobiographies, acquiring associations and memories, more like music than prose.  Another explanation may lie in the fact that children’s books are designed with re-reading in mind. For all children’s writers are conscious that our books may be re-read by children themselves.”
I thought that reading The Little Prince would be like getting wholly engrossed in a Roald Dahl book at twenty or delightedly revisiting one of my childhood favourite Enid Blyton stories. It was nothing like that. It may be difficult to write children’s books that would give pleasure to grown-ups too. Authors like Neil Gaiman are good at that sort of thing.
The Little Prince on the other hand is something entirely else. It is not a simple children’s book that adults would enjoy as well. What makes The Little Prince unique is that it contains in its pages two different stories at once – one for children and another for grown-ups. It reminds me of my experience reading Philip Pullman’s His Dark Materials trilogy, a series of books so adult in its themes and messages, it made me wonder what I would have made of it as a kid. And yet, I am sure, had I read the series when I was twelve, I would have found lovely treasures in the books quite separate from the ones my adult-self found.
I don’t know what little-Priya would have made of The Little Prince. Young-me would likely have loved the illustrations, thrilled at the absurd planets, their whimsical inhabitants and the talking foxes, enjoyed the reaffirmation of the importance of being a child. Meanwhile, on the other side of time, today, catching my eye are little fractions of well-composed truth in the writing, like reaching success by “the inspiring force of urgent necessity.” I shake my head at the many droll depictions of empty human life. I mull over coming-of-age, the loss of innocence and our place in the great big picture. I contemplate the futility of that exact train of thought… and with the very same logical disinterest the book mocks, find myself dissecting those pesky metaphors!
The book never sounds overtly preachy, that helps. The narrator in his straightforward manner rarely expresses his opinions on the lessons the little prince teaches him. The book remains staunchly bizarre, surreal, to its very end. The original French must be beautifully written, I am guessing, from the admirably seamless translation by Katherine Woods. I should learn French. Out of curiosity, how exactly do you pronounce the author’s name? Now that I have read him, it may be time to stop calling him MumbledeMumble-Mumble.
I am happy to have finally read the book. That said, I will not read the book again. I doubt that there is any new insight to be gained from another read, which I must say, is not true of Philip Pullman and his complex constructions. I do however see myself revisiting nice passages, and forcing the book on all my future young-acquaintances, if only as guinea-pigs to satisfy my curiosity about how a child would react to the incongruously dark ending.

11 thoughts on “The Little Prince by Antoine de Saint-Exupéry”