Skip to content
The past week has been terrifyingly eventful (book- and otherwise). So much that it made my usual quiet weekend seem quite boring. 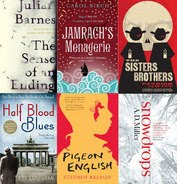 I have been following the Man Booker Prize selection this year for the first time ever. I’ve read only two Booker books before – one I loved and one I didn’t love so much. I didn’t dare to commit to reading the whole long list but since the short list is only six books, I sort of ‘challenged’ myself to read it before the prize is announced. Of course, I am already regretting this surge of ambition. I have read these this by now:


1. A Sense of an Ending by Julian Barnes – The book was a wonderful read. My only problem was, I thought it lacked a bit in the plot, in that it didn’t really have one. I loved reading the narrator’s long monologues about memory and time and morality; so much that I wished it was a non-fiction book. I loved the main character’s sense of humour and his writing; but it seemed as though an idea was stretched and dragged into a book, to show off a few genius characters and their beliefs. I would call it a great one-time read, albeit with a spectacularly disappointing ending!
I also read Orwell’s Politics and the English Language essay (you can read it here) the other day, which I am in no way qualified to review. An excerpt: 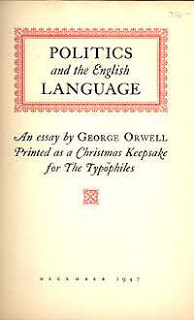 Silly words and expressions have often disappeared, not through any evolutionary process but owing to the conscious action of a minority. Two recent examples were ‘explore every avenue‘ and ‘leave no stone unturned‘, which were killed by the jeers of a few journalists. There is a long list of flyblown metaphors which could similarly be got rid of if enough people would interest themselves in the job; and it should also be possible to laugh the not un- formation out of existence*, to reduce the amount of Latin and Greek in the average sentence, to drive out foreign phrases and strayed scientific words, and, in general, to make pretentiousness unfashionable.
*One can cure oneself of the not un- formation by memorizing this sentence: A not unblack dog was chasing a not unsmall rabbit across a not ungreen field.
Apart from that, my sister wrote another of her awesome blog posts which, when compared to my own blog, make me hang my head in shame. Also. I baked cookies. I can’t cook; anyone who knows me knows that! But I did, anyway. That’s what being bored, sick and alone at home does to people. Anyway, a few burned, but the rest turned out quite alright. I was so happy, and I repeat, so alone, that I ate them up all by myself, except for one that I managed to save for later. That night I proudly presented it to my mom. Knowing my luck, I should have guessed it would turn out to be one of the slightly charred ones. I have to say, I did not deserve the ‘Oh, I bet the rest tasted perfectly fine’ remark that goes with that pitying smile.

3 thoughts on “A Week in Review”